After nine months of long-distance, Younes finally arrived in the US for a 2.5 month visit. It was the day after the 2012 election and I barely had slept as I stayed up watching results roll in. When I arrived at the Miami airport, I didn’t see him for awhile. I started to panic that there had been a problem with his visa and that he had been sent back. Then I saw him walking through the doors. I ran into his arms. We stayed in the Miami area that night and between his jet lag (first trip ever across the Atlantic) and my post-election lag, we basically just crashed. The next day, we played in the ocean, went out at night and went sightseeing.

When it was time to take Younes to my parent’s house, they were instantly charmed by him. He and the dog also won over other’s affections quickly. We took a trip up North for Thanksgiving. He had his first proper American Thanksgiving at my aunt and uncle’s house in Minneapolis (after some grilling by them which he got through like a champ). He met other family in Minnesota and Wisconsin, hit it off with my nephew, and met several of my friends.

We spent Christmas and New Year’s together in Florida and tried to figure out how to be together. A move by him to the US would require marriage and we had only been together for a year and weren’t ready for that step. Me moving to Morocco was a possibly but it was also important I found a way to be financially independent there. We hadn’t figured out a solution beyond “continue the long-distance relationship” by the time it was time for him to leave, so we said a tearful goodbye at the airport.

I had been job-searching in the US for a year with no luck (this was 2012-2013) so I started researching ESL teaching in Morocco. I was planning on packing up, flying there, and visiting English school until I found one that hired me when school began again in the fall. But then I got a job in New York City and moved there.

The job was low-paying but I fell in love with NYC and decided to stay until at least Fall 2014. If I haven’t found a better paying job at that point, I would make good on my plan to move to Morocco. But life intervened.

At the end of October 2013, I found the lump that changed my life. I will go through this in more detail on a #metsmonday, but Younes was there for me from afar every agonizing step of the diagnosis process. After I had moved back to Florida to be closer to my parents as I started treatment, he flew over again.

Through the next few months, he stood by me as my world was falling apart around me. The insurance crap. My first chemo. My mom’s own breast cancer diagnosis (who did my family piss off in a previous life?!). The loss of my hair. The genetic testing. My worries that chemo would keep up from having the children we wanted. The nausea. The fatigue. My fears of dying.

We were married on March 27, 2014 in a small beachside ceremony. It was everything I had wanted in a wedding and everything I wanted in my life partner. 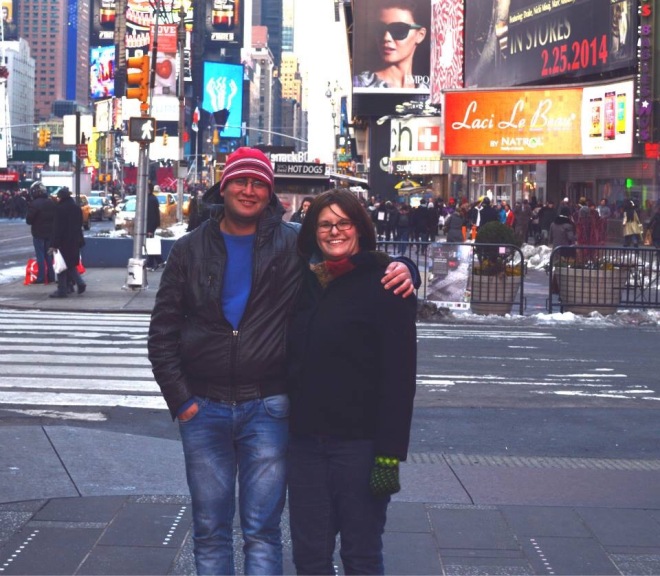