To be honest, my first few days in Morocco this time around were not the best. Yes, we saw beautiful country and some new sites, but it had been three years and I was eager to see the in-laws.

We arrive at Younes’ eldest sister’s house and the two middle boys (of four) come running out. 6-year old Emron leaps into my arms and as soon as I put him down, 13-year old Amine is waiting for his hug. Into the house we go where I stare in amazement at the oldest and youngest boys. 17-year old Maroune had always been tall, but now he looks like a pro basketball player. And 3-year old Adnan had only been 3 months old the last time I saw him.

The oldest boys speak impeccable English while the youngest boys have a fairly decent vocabulary themselves. I throw myself on the ground and start playing blocks with Emron and Adnan. They are both too adorable for words. Younes’ sister asks if we would like couscous or something else for dinner. It’s a Friday night in Morocco so couscous of course! She shooes me into the sitting room for a pre-dinner snack – mint tea and coffee cake. After snacking, I wander into the kitchen to see if I can help. I’m given half an onion to chop. Gulp. Younes is the chopper in the family, the one who can do magic with the chef’s knife. Even when I cook for him, I will often still ask him to chop the veggies and herbs. My clumsy left hand, injured by the multiple cancer surgeries, is just too unsteady. I do my best, but my sister-in-law has chopped the entire half of her onion into the pot while I’ve barely made a few cuts. Not wanting her to think that I’m letting her brother be without home-cooked meals, I tell her sons to tell her that I might not be a good chopper, but I am a pretty good cook. Then I make myself useful doing the teatime dishes as little boys run and shriek in the background. 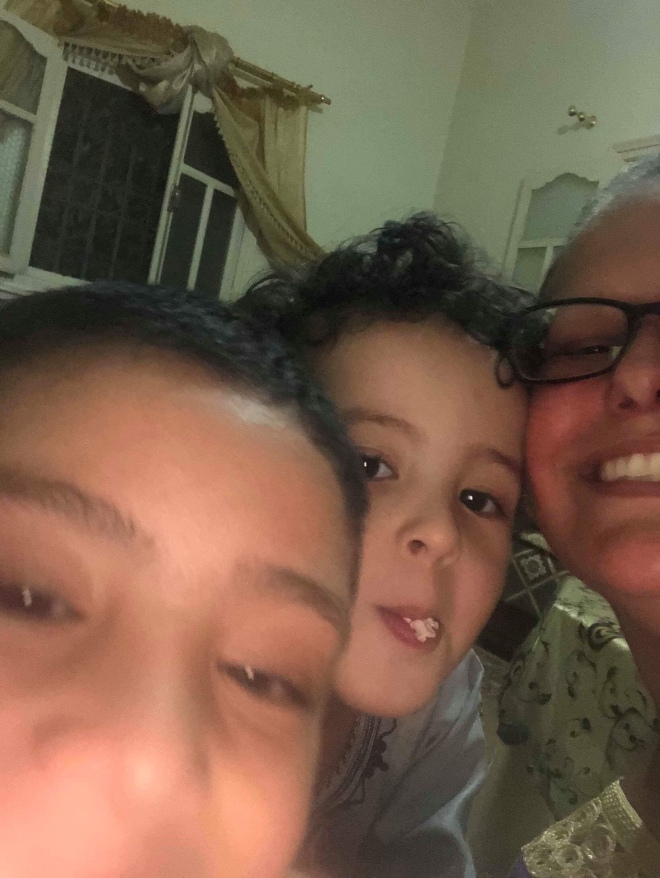 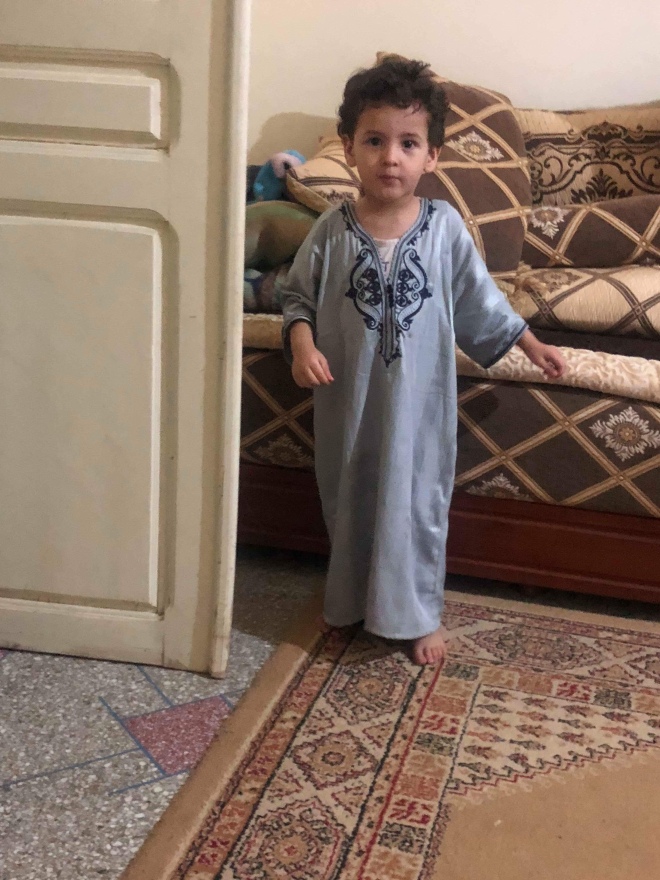 We pack up and go to eat dinner, picnic-style outside to escape the oppressive desert heat. We scoop up spoonfuls of delicious couscous and dig into slices of melon for dessert. Matt kicks a soccer ball around with Amine, Emron and Adnan. I relish the cool breeze and take it all in.

The next morning, we must get right on the road. In Moroccan time, that means “we’ll get on the road within 5 hours.” I bring out some presents – new school folders, toys for the little ones. Eventually, we exchange the last hugs and we are on the way to my mother-in-law’s house.

Younes and I with all five nephews

Being that we were in Morocco, we have a number of stops to make to visit with aunts, uncles and cousins, all bringing us mint tea and snacks. Finally, we make it to Younes’ childhood house, a place that also feels like home to me, where I hug my mother-in-law. I go down to get presents for the nieces and I hear excited shrieks in the background. 11-year old Raina and 8-year old Hajar run to me and I wrap them in a big bear hug. Being 3 years older has not made them any less cuddly and as they work on arts and crafts from the gifts I gave them, they break off for lots of hugs, kisses and snuggles. 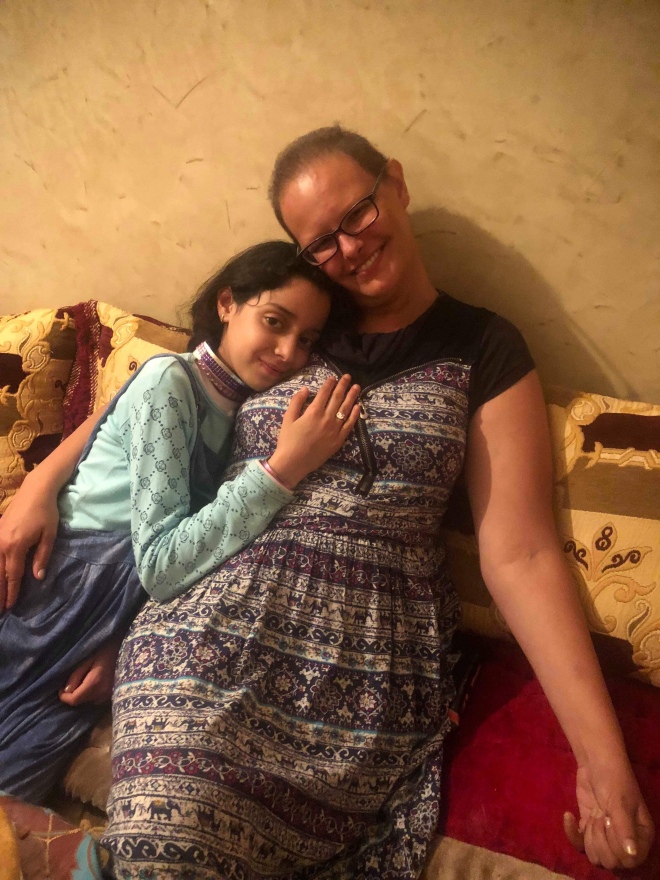 Cuddle and craft time with nieces

My night gets even better when the one niece I have never met, the 3-year old daughter of Younes’ brother, comes over. She initially cries when she sees me and hides her face in her mom’s shoulder. But within the hour, she warms up to me and when she warms up, she really warms up. All of the sudden, she’s jumping on me, grabbing my hand and wanting me to chase her. And the girls are THRILLED to see Matt again.

There is an empty space in the sitting room where my father-in-law would lie and watch his grandchildren. Where he would have long conversations with his children. When he died in February, I was trapped in a cycle of clinical trial screening and brain radiation and unable to be there to mourn with the family. Now, I want to acknowledge the empty space without bringing up too much sadness but I’m not sure how. So I make do with Google Translate and simple English phrases and lots of hugs.

Eventually, the girls settle down. I end the night drifting peacefully to sleep with a niece snuggled at my side.