Who knew you could feel such paradise in your home state?

Florida is of course full of beautiful beaches, but I didn’t know the prettiest one until my family went to Key West when we took a cancer weekend break May 2014.

Now there’s a ton more I can write about Key West itself, but our trip out to Dry Tortugus was the best.

The first time we just did a day sail, taking us three hours south. We disembarked and took lots of pictures from the failed, crumbling fort, surrounded by pristine blue water. Eventually Younes and I got in for some snorkeling and saw gorgeous fish. 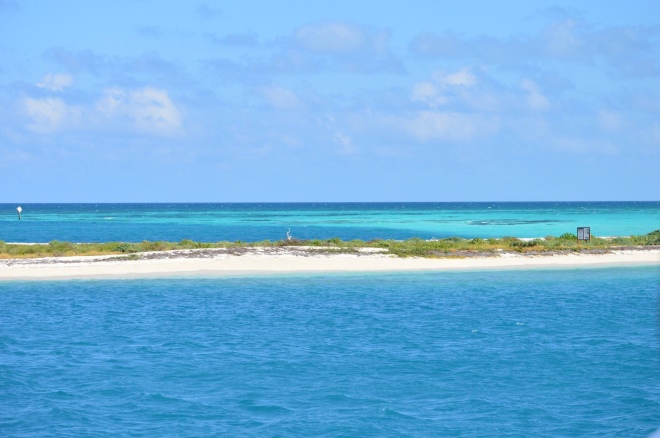 We because thrilled that we could stay over camping for at least three nights and decided to come back and do it. A year and a half later, we made it back. Everything had to be carried including water, food, ways to cook, toilet paper, fishing gear, etc.

We left at 6:30 to catch the ferry and the ride was beautiful being followed by playful dolphins. We disembarked at 10:30 and Younes shot the breeze with the captain, which meant we got an overflow campsite which we were able to change to a regular the next day.

We had lunch and settled in for a nap. By the time, we got up it was late after. We put our suits on and frolicked in the lukewarm waters. 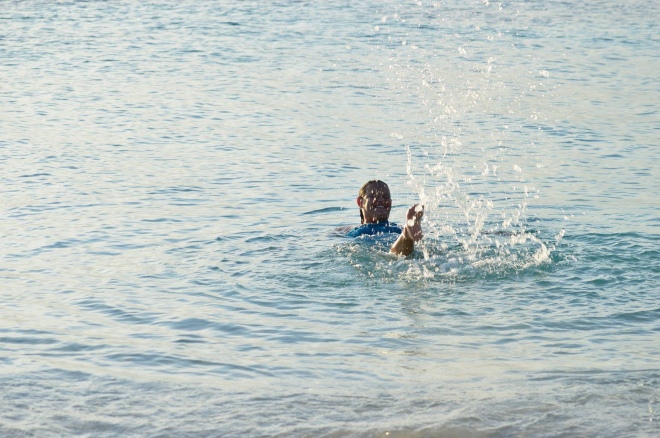 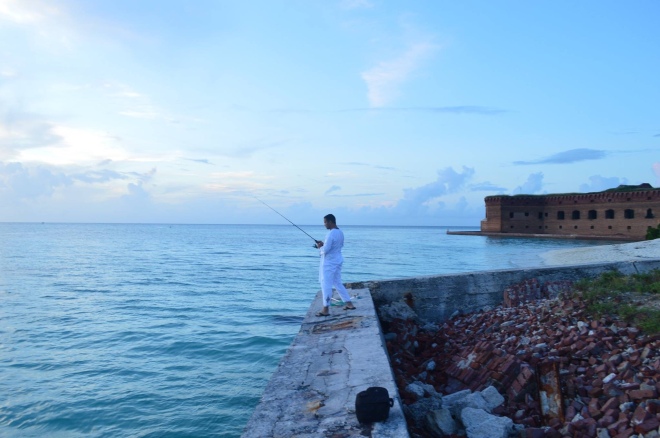 Younes tried to catch us fish but was unsuccessful. So he started a fire on our fire pit and warmed up canned potato soup on it instead. Then I brought out the makings for s’mores, which I don’t think he was quite so excited as I was. It’s an American thing, I get.

We retired to our tent but rose around dawn to see the remnants of the night sky and the beginning of the sunrise. We then retired for another nap and then it was snorkeling time!

There was snorkeling gear for everyone on the boat and we snorkeled for hours. I saw such amazing fishes. I also tried to find an old shipwreck someone had told me about. But wait…was that a hammerhead shark? I didn’t investigate and instead swam fast in the opposite direction. 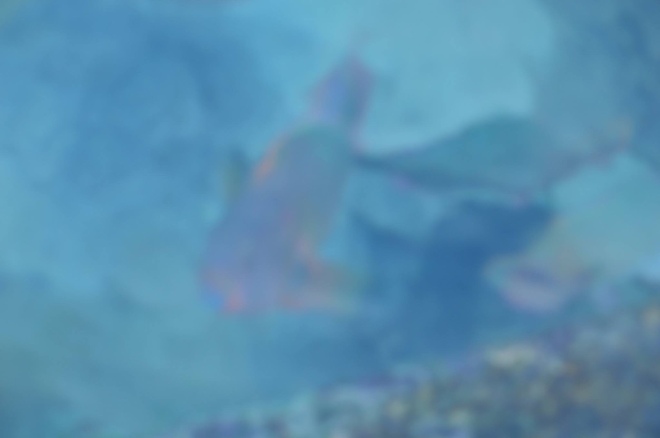 That’s when I realized I hadn’t seen Younes in awhile. Since he’s not the strongest swimmer, I was getting worried. He had gotten caught on the tide off the fort wall

The last morning we had to have all our gear ready for the boat at an early hour. After that, we had till 10:30 to play. Which I did, spending every possible second in the hour until we absolutely had to board the board.

Although I was sad to go, I had had fun dolphin watching and taking pictures on the way back. 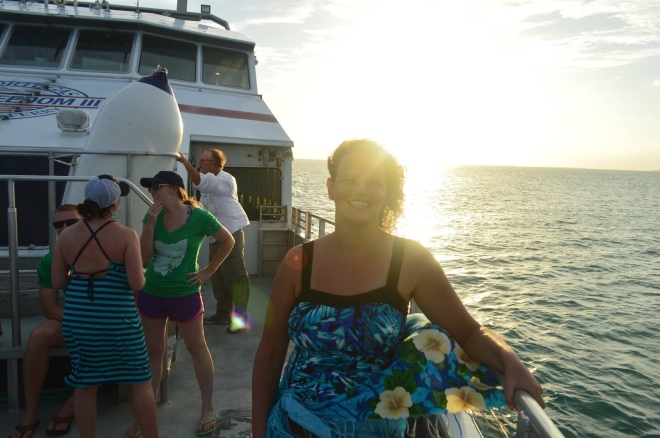