Since my last blog was about how much I adore my in-laws, I thought it was only fitting to do a #tbt about the first time I met them.

January 2012. Younes and I had known each other for several months and had just had a fantastic time before Christmas. After I spent some time traveling by myself and meeting family around the holidays, I flew back to Morocco to meet my new boyfriend’s family and see his hometown.

Younes met me at the Fez airport and we spent the day exploring Fez – seeing the factory where the leather is dyed, shopping, eating. In the evening, we took a night bus to his hometown of Midelt, where we were greeted by his mother before we went to bed. 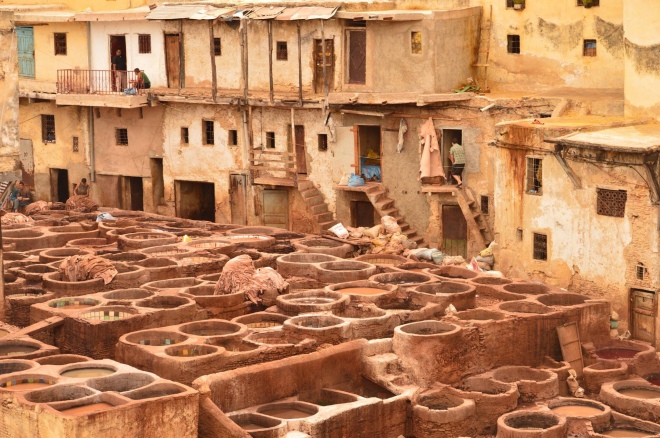 Vats of leather dye in Fez

The next morning, I met Younes’ father and middle sister. No one spoke English and my attention was drawn away by a shy, little face. Rania, only five at the time, had a ballon. I took the ballon and batted it towards her. She batted it back. We were instant friends. And even while I met the other nieces and nephews, I continued to have a soft spot for shy, sweet Rania. We formed a bond that continues to this day. 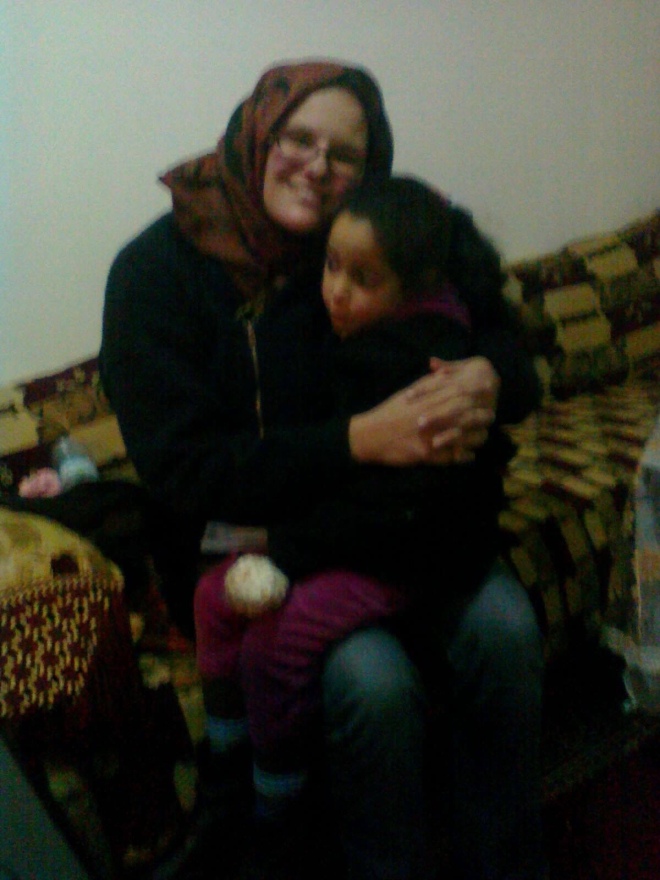 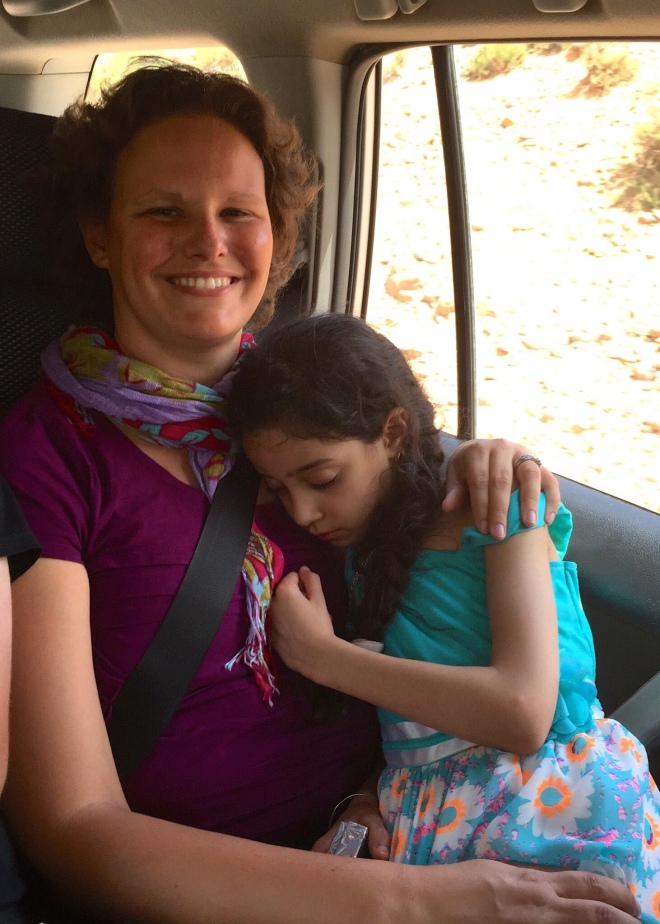 Of course, not all the nieces and nephews existed back then. Emron was on his way but not born until two months later. And Adnan and my littlest niece were not even a thought yet. But I will always remember feeling that between her shyness and my fumbling-through-a-new-culture awkwardness, Rania and I understood each other. 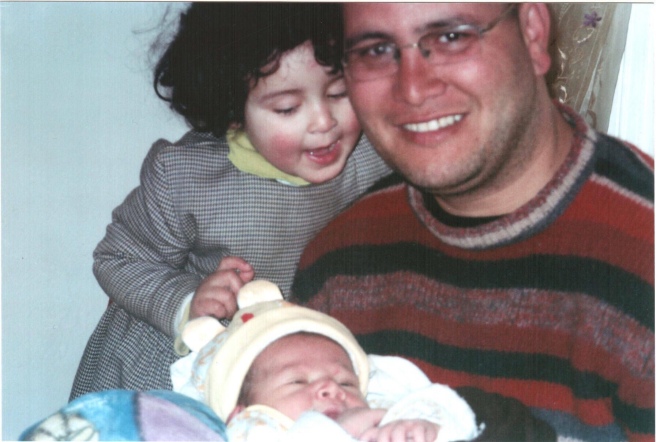 I had spent enough time in Morocco by then that I understood that much of the Moroccan hospitality revolved around food. So I eagerly drank the endless glasses of mint tea and ate the tagine and couscous. There were only a few times
I got so full that the women of the family had to yell, “Amanda! EAT! EAT!” I even let Younes take me to a small rambleshack cafe where I tasted Bessara for the first time. I remember finding the smell pungent and overwhelming but the soup was quite hearty on a winter day. Over time, it became a favorite.

Family flowed in and out of the doors. I got to meet Younes’ brother, as well as many aunts and uncles. I also got to meet Younes’ younger sister and niece Hajar. Two-year old Hajar was adorable but I could tell she was an attention hog. I hugged Rania tighter. 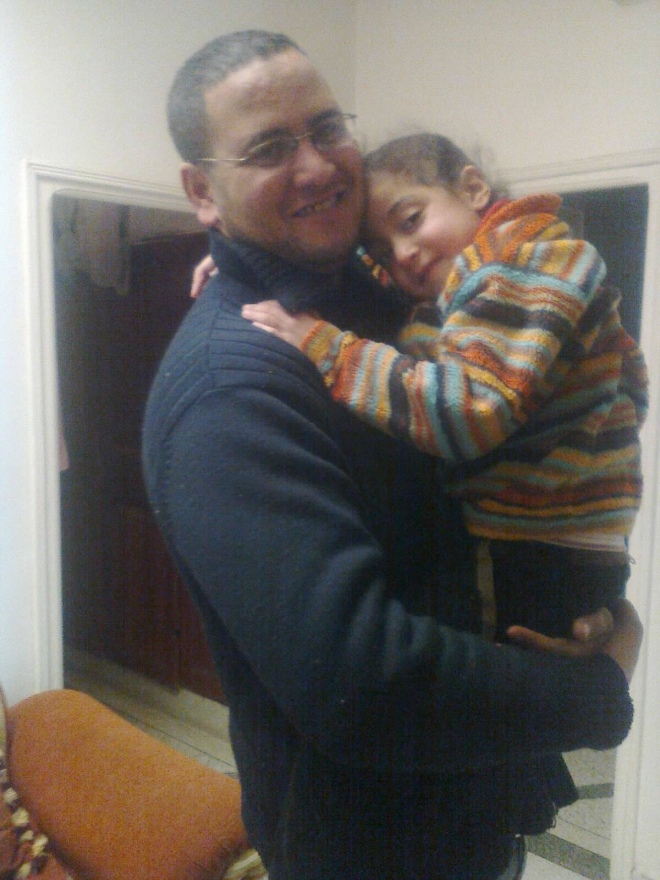 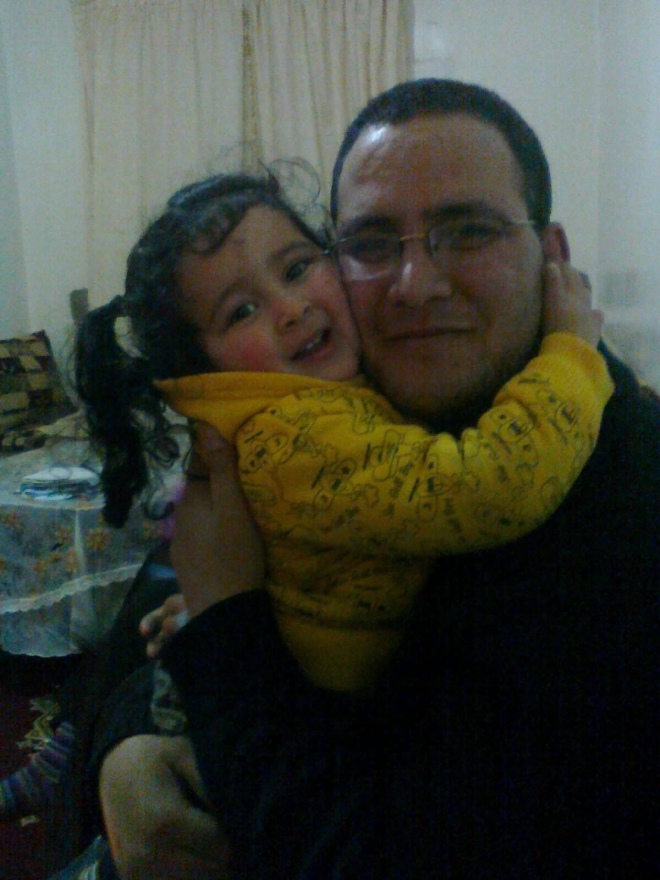 Younes and I took a road trip to explore other parts of Morocco. On the way back to Midelt, we stopped to meet his oldest sister and her, at that point, two boys. I remember making a mental note that Younes’ eldest nephew was only a year younger than mine.

And Younes’ dad. Although we did not share a common language, I could tell how much he enjoyed having long conservations with his children. I could tell how much he loved his granddaughters as he would often fall asleep with one of the snuggled up next to him. And the as the cold January mountain wind drifted into the uninsulated rooms of the house, the family gathered by a small space heater to stay warm. If I would walk into the room, Younes’ dad would slide over and make room for me, giving me the highest blast of heat.

As we left, I was so overwhelmed by his family’s hospitality, I thought “I really hope we don’t break up because I want to see them again!”